I was working on a portrait yesterday (not a very good one) when I started thinking about all the things I have learned from drawing hundreds of faces. Men’s faces, to be precise, because I think I have drawn a grand total of… 3 or 4 women’s faces in my life. Women’s faces just don’t interest me the same way as men’s. The same is true of human anatomy, actually. As an artist I like the angular, hard lines of men’s bodies. Women’s smooth curves just seem a bit… dull to me.

So what Universal Truths have I learned from drawing all those men’s faces? For your convenience, I have compiled a little list:

1. No man has two identical eyes. Truly. You know how some people claim that beauty is based on facial symmetry? Well, I have drawn a fair number of both traditionally and non-traditionally beautiful men, and not one of them had two identical eyes. There’s always some difference in the shape and the way the eyelid creases just above the eye. In fact, one of the most attractive men in the world at present (not beautiful, but very attractive) has two very different eyes. I’m talking about David Tennant of course and it is his charisma that does it. 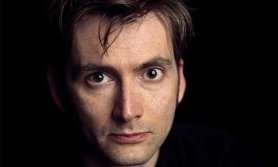 3. Eyebrows are always built up the same way. There are many different eyebrows in the world. From Daniel Radcliffe’s… caterpillars to Matt Smith’s non-existent eyebrows. But they all work approximately the same way. The little hairs all ‘fall’ in predictable patterns. It is only the colour, the placement and the number of the hairs that differs.

4. Almost all men have smaller upper lips than bottom lips. 99% of men, at the very least, have a fairly thin upper lip and a slightly thicker bottom lip. There are, however, exceptions. The best known is probably Jonathan Rhys Meyers, and I dare say that his exceptional upper lip is exactly what makes him stand out. Another type of exception is the lipless man. Think Kenneth Branagh. Oh, and a funny observation: men’s lips seem to shrink when they get older (see for instance Bowie below). 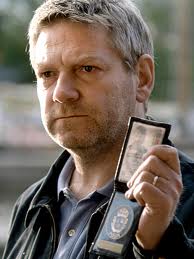 5. All men get more interesting faces as they grow older. This goes against all that Hollywood believes, but it is so true. A young Johnny Depp isn’t half as interesting to draw as an older one! In fact, the man is still getting prettier by the year. The same is true of, let me think, David Bowie. Or Harrison Ford. Hugh Jackman. Okay, I’ve run out of examples. But whether they get prettier or not, their faces DEFINITELY get more interesting. A good example is the drawing at the top of this post. That Paul McCartney was one of the most awesome sketches I have ever had the pleasure of drawing. Those wrinkled eyes: beautiful!

Alright, those are my five universal truths about men’s faces that I’ve learned from drawing their portraits for years. I might have missed a universal truth here or there, but these are the most important ones. Feel free to let me know if you think I forgot one!

Coming up in the near future: more art, more illustrations, some book reviews (Miss Peregrine’s Home for Peculiar Children and The Twelve if I can manage to get through it: too many main characters!) and finally some observations about writing. At least, that’s the plan!

One response to “5 Universal Truths About Men’s Faces”